Want to lay down the law with your Mac make it cough up the screenshots on the Mac you need. Let’s start with the best way to screenshot.

Do this instead of filling up your desktop with random screenshots crap.

How to take a screenshot of a selected portion of your screen and save it to your desktop.

How to take a screenshot of a specific window

How to take a screenshot of your entire screen

Editor’s note: Image replaced because actually you might want to skip these markup tools, nice as they are.

Editor’s note (February 27th, 2017): Matt Mullenweg, Founder of WordPress, mentions on his blog that there are some sketchy things going on with Chrome extensions. In fact, he names Awesome Screenshot. He recommends BlipShot. No quick markup tools but it seems to work faster than Awesome Screenshot. Maybe because it doesn’t have bots in it!

As of Chrome version 59 you can now take full-page screenshots on the Mac from the Chrome browser’s development tools. It’s pretty easy. Here’s how to take the full page screen shot:

Firefox has a similar utility in the developer version. Finally you may have better luck with Paparazzi, a stand-alone app for full page website screenshots on the Mac. 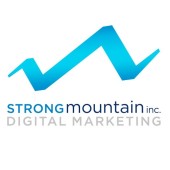 Open a folder in Terminal from Finder

How to merge multiple CSV-files into one with Mac OS X Terminal.app

Create a List of Files & Folder Contents Into a Text File

Easy Way to Edit the Hosts File on a Mac